Craft beer breweries don’t always come to mind when you think of franchising, but it is becoming increasingly popular. Franchising is launching several smaller breweries into the mainstream, bringing the art of brewing beer to independent business owners. However, there can be some limitations, such as certain product distribution requirements in certain states. To overcome this, franchisors have turned to franchise development as a way to distribute product as well as increase brand recognition.

The Brewer’s Association defines a craft brewer as a small and independent brewer. There are six categories associated with the industry: microbreweries, brewpubs, taproom breweries, contract brewing companies, and alternating proprietors. A microbrewery sells 75% or more of its beer offsite, and produces less than 15,000 barrels of beer per year. They sell to the public through a distributor, retailer, or directly to the customer.

A brewpub, in comparison, operates significant food service in addition to selling 25% or more of its beer on site. The brewpub may also offer food items, and where allowed by law, also sell beer to-go to consumers on site.

A taproom brewery, compared to a brewpub, does not offer food services, and the beer is only for sale in the taproom. Where allowed by law, taprooms may also sell beer to customers to-go, and distribute to off-site accounts.

Larger operators focus less on the consumer, and more on distribution. A regional brewery is the largest of these, with an annual beer production of between 15,000 and 6 million barrels. It also has a variety of distribution methods. A contract brewing company uses another brewery to produce its beer, while it handles marketing, sales, and distribution of the beer.

The craft beer industry is a billion dollar industry, and continues to grow. Craft beer accounts for 24% of the $114 billion market in the United States. There are over 7,300 regional breweries, brewpubs, and microbreweries across the U.S. as of 2018, and positioned to continue to grow. And, the craft brewing industry has created over 150,000 small brewing-related positions in 2018, over 10% growth from 2017.

The most common franchise opportunity for the craft beer concept is the brewpub model. These franchises combine craft breweries with a limited to robust menu, served in a restaurant-type atmosphere. The kitchen is often attached to comply with state or local laws regarding service of alcohol on premises.

Some states, especially certain counties, may regulate the brewery’s activities further. It is a good idea to thoroughly research local laws; do not rely on the franchisor to provide all relevant information. There may be certain licenses or permits required in some jurisdictions while breweries may be prohibited altogether in others.

Terms for development may be very similar to other restaurant and fast-casual franchises. For example, you may be able to enter into multi-unit development agreements. Typical length of brewpub and other similar franchises is 10 years for each franchised location. Because of the long-term commitment, it is even more important to be aware of all the local and state laws applicable to a particular jurisdiction.

Previous PostWhy Should Franchisees Hire a Franchise Attorney?Next PostIntroduction to Covenants Not to Compete
0Shares
businessfranchise

Introduction to Covenants Not to Compete 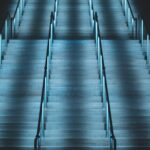 A 5-Step Guide to Starting Your Own Business During COVID-19
February 15, 2021admin 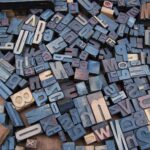 The “Plain English” Requirement in FDDs Does Not Stop Legal Jargon
February 3, 2021admin 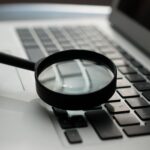